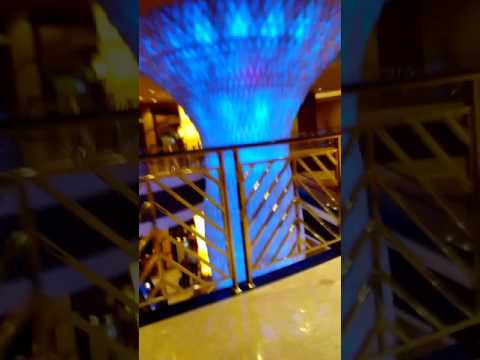 I live in texas and on probation for dwi, if i happen to go to the casinos in Lousiana will my probation officer find out that im there once they scan my ID in the entrance? Or what do they use the scanner for before they let you in ?

LINKS TO WATCH
The summary is transcribed live, maybe paraphrased, and will contain spelling and grammatical errors until I am able to edit it once the press conference ends.

CMV: As long as you cannot change the event you are betting on, I see absolutely nothing wrong with gambling.

First, let me get you caught up in gambling laws in the U.S(I'm gonna be talking about U.S in my examples, but the question itself is about the moral aspect, not the law.)
In the United States of America, gambling is legally restricted. Only in Nevada and Lousiana is gambling 100% allowed outside of casinos. Even recently North Carolina banned a certain type of slot machine for personal use.
The first reason why I don't see anything wrong with gambling, is because there are no victims in said scenario. Nobody is forcing you to gamble, you decide this on your own. The only victim is the person who lose money, however they themselves are the perpetrator. Gambling is 100% on your back,not on anyone else's, and if you can't handle that it's on you.
Secondly, it could help out the economy. With more casinos and more slot, the profits would be pretty hefty. Instead of raising taxes for individuals, they can just make gambling legal and tax public affairs with it. It would make things simpler and profitable.
Now there are some qualms against gambling. The main one, is that it leads to compulsive gambling. Yet again however, gambling is not nicotine. It is not basically forcing you to stay. Any money you lose is on you, and your responsibilities. That would be like blaming serving beer at clubs, for alcoholism. Some people think gambling leads to crimes, such as scamming or cheating. However that could be regulated if it wasn't illegal, and if the cheating went down with people in your personal affairs, the law had nothing to do with that anyways.
By the way, I'm not talking about the Pete Rose kind of situation, where he was accused of rigging the games. That is a different crime. I'm solely talking about gambling itself, not any other additional aspect.


This is a footnote from the CMV moderators. We'd like to remind you of a couple of things. Firstly, please read through our rules. If you see a comment that has broken one, it is more effective to report it than downvote it. Speaking of which, downvotes don't change views! Any questions or concerns? Feel free to message us. Happy CMVing!

OK CULT fans, here we go. It looks like the 2019 tour Billy was teasing on his Insta a few months back is starting to come together. So far, it's a 20 date world tour encompassing, the USA, England, and Canada and will be a mix of concert halls, festivals and a few casinos.
​
It looks like it will be heavy on material from Sonic Temple, given the album turns 30 years old this year. Though I don't imagine they'll be playing the whole al bum on these shows, perhaps they'll treat us to a few gems we don't get to see often. If I had a wish list it would include Edie (non-acoustic version), New York City, Sun King, and maybe something really crazy like Soldier Blue or Soul Asylum.
​
There will be VIP packages available, but (at least for the ones I checked) there is NOT a "meet the band" part of the premium packages. It looks like you'll get an autographed poster, a lanyard, "exclusive tour merchandise" whatever that means), and a $25 coupon code for the online shop (which I find really weird that it's not at least a $25 voucher that can be used at the venue mercy booth).
​
Her are the announced dates as of this post:
​
May 2: Houston, Texas, USA (
May 3: New Orleans, Lousiana, USA
May 4: Jacksonville, Florida, USA
May 9: Dallas, Texas, USA
May 10: Atlanta, Georgia, USA
May 11: Rockingham, North Carolina, USA
May 17: Grand Rapids, Michigan, USA
May 18: Columbus, Ohio, USA
May 25: Catton, Walton on Trent, England
May 26: Gateshead Quays, (Newcastle), England
May 28: At. John's, Newfoundland, Canada
May 30: Moncton, New Brunswick, Canada
June 1: Montréal, Quebec, Canada
June 2: Rama (Toronto), Canada
June 3: Winnipeg, Alberta, Canada
June 7: Enoch, (Cree Indian Reserve), Alberta, Canada
June 9: Vancouver, British Columbia, Canada
June 10: Seattle, Washington, USA
June 12: San Francisco, California, USA
June 14: Reno, Nevada, USA
​
​